Bill Russell, a renowned NBA player, has died at the age of 88. The eight consecutive championship championships that Bill Russell won while playing for the Boston Celtics, all while dealing with social issues like prejudice, solidify his legacy.

Russell was an 11-time NBA champion, a 5-time NBA MVP, and a 12-time NBA All-Star throughout his playing career. One of the Boston Celtics dynasty’s legends, Bill Russell contributed to the team’s 11 championship victories in 13 years. Russell was 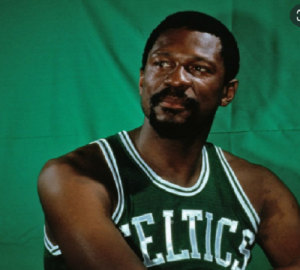 the first black coach of a US sports team and also served as a player coach with the Boston Celtics. He led the Celtics to two championship victories. Bill Russell has a significant number of honours to his name, including a Hall of Fame nomination, five MVP awards,

12 All-Star selections, two college championships, and an Olympic gold medal from the 1956 Melbourne Games. Bill Russell, who was born on February 12th, 1934, in Monroe, Louisiana, moved to the West Coast when he was a young child. He attended 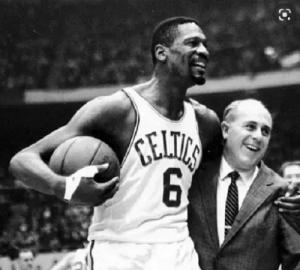 Oakland High School in California for his senior year before enrolling in the University of San Francisco. After the 1969 finals, Russell’s illustrious career as a baske tball player came to an end. He then spent the next four years as the coach and general manager of the

Seattle SuperSonics. According to a statement posted on social media, Russell d*ed quietly with his wife Jeannine by his side. However, despite all of his victories, Bill’s awareness of the battle was what made his life more meaningful. In the explosive wake of Medgar Evans’ mu*der,

I oversaw Mississippi’s first integrated basketball camp in addition to boycotting a 1961 exhibition game to e*ose long-tole rated seg*egation. Bill called out in justice with an unyielding candour that he intended would disrupt the status quo,

as well as with a powerful example that though it was never his humble intention will forever inspire teamwork, selflessness, and thoughtful change. His a*tivism over decades was finally recognized by his award of the Presidential Medal of Freedom in 2010